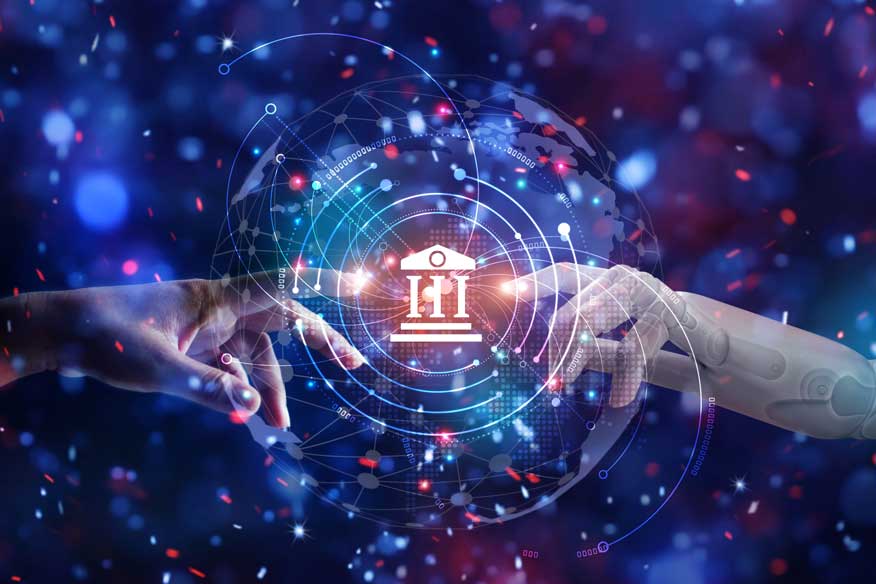 The roaring ’20s are here, and with them come new advances in technology — and the cyberattacks that exploit them. Between AI-powered hackers, vulnerable new networks and the ever-expanding Internet of Things, 2020 presents new frontiers for both organizations and hackers. Get ready — here’s what’s on the horizon for cybersecurity in the new year.

Move over, cloud — there’s a new buzzword in town. Unlike the nebulous cloud, which seems to exist everywhere and nowhere, “edge” computing refers to computing that happens on a physical device at a geographic location — namely, IoT devices. Companies are moving their processing closer to home to improve processing speeds.

Take the Amazon Echo, for example. Currently, Echo devices don’t have much computing power — most processing is done in the cloud, on Amazon Web Services servers. But a recent rumor indicates that may change. Amazon is rumored to be developing an AI chip for its Echo devices, enabling the Echo to do more in-device computing. This edge computing lifts some of the burden off Amazon’s cloud servers, more equally distributing processing power and making devices faster for users.

As more IoT devices process information on the “edge,” the need for higher security on connected devices will be critical. 2019 was a rough year for IoT devices, with hacked doorbells and baby monitors making the news. But with strong cybersecurity defenses, a smart fridge or a doorbell should be just as difficult to hack as a well protected personal computer.

The Rise of 5G

5G networking tech is poised to take connectivity to the next level, speeding up everything from smart devices to cell phones. It’s important to note that 5G isn’t just a faster version of 4G — it’s a totally new technology with new capabilities, like network slicing and even some built-in security measures, like stronger over-the-air encryption and improved subscriber identity protection.

Mobile companies in the U.S. are set to roll out 5G this year, but with a new network comes new security threats. 5G will bring more devices onto the network, which in turn expands the attack surface for cybercriminals. According to an AT&T Cybersecurity Insights Report, organizations that use manual security defenses may be at risk for new types of cyberattacks. To keep up with 5G, organizations will need automated security and virtualization to fend off these future threats.

According to a bipartisan senate report, Russian meddling in the 2016 election was a success. It’s no doubt that as election season ramps up in 2020, the security of U.S. elections will dominate headlines once again.

How secure are the elections? Only as secure as our government — and that’s not so encouraging. Top-heavy bureaucracy, slow decision-making and lack of funding make it difficult for government entities to keep their software up to date, making them especially vulnerable to the latest cyberthreats. Meanwhile, social media tampering is a whole other ballgame — one that Russia and other countries will no doubt be lining up to play.

Cybersecurity experts have long had worries about quantum computers, which are based on quantum physics rather than standard electronics. These supercomputers have the processing power and speed to quickly solve complex problems in fields such as DNA analysis, nuclear energy control and even cancer treatment. This makes quantum computing attractive to industries like healthcare and energy.

It also makes quantum computing attractive to hackers, who could use quantum computers to decode valuable encrypted data. While quantum hacking has yet to become a reality, cybersecurity experts have warned that now is the time to begin creating quantum-proof cryptographies — before it’s too late.

We may still have time to prepare for quantum computing attacks, but the use of AI in sophisticated cyberfraud is already happening. In the past, hackers have used AI to carry out spearphishing attacks, a technique in which hackers use emails to target key employees at organizations with desirable data. AI is used to write convincing emails that trick the target into providing log in credentials or making payments.

Now, AI-powered deepfake technology is taking spearphishing to a whole new level. In 2019, Symantec issued a warning about deepfaked audio used to trick employees into giving up valuable information. Deepfake audio is much easier to generate than video, making it a prime tool for cybercriminals looking to target vulnerable employees. As AI becomes more accessible and deepfake tech advances, organizations should watch out for these sophisticated cyberattacks in 2020.

Whatever threats 2020 may bring, be prepared with cybersecurity solutions from Bluefin.

Bluefin specializes in security technologies, including tokenization and point-to-point encryption (P2PE), to protect payment and PII/PHI data – so that if a breach does occur, hackers get nothing. We are a staunch advocate of devaluing all valuable data and taking a holistic approach to security. Learn more about our security products or contact us today.