The Future Viability and Legitimacy of Cryptocurrencies 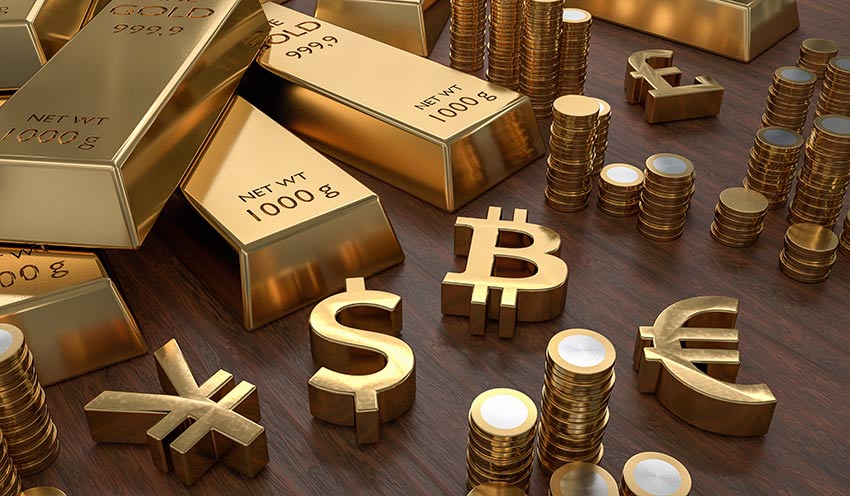 After reaching record highs and gaining traction from major retailers like Starbucks, cryptocurrencies have taken a tumble in recent months. Bitcoin’s tumultuous summer was punctuated by a currency split and a failed bid to create the first Bitcoin exchange traded fund (ETF). Hailed by some as the future of money, these fluctuations have many investors and financial experts pondering the future viability of cryptocurrencies.

A relatively new form of digital money, cryptocurrency is designed to be safe, secure and — most importantly — anonymous. Using cryptography, mathematical theory and computer science, cryptocurrencies like Bitcoin allow users to store money and make secure payments without using a bank or having their name associated with transactions.

An inherently decentralized form of money, in the past 10 years over 900 cryptocurrencies have come online. These currencies are distributed on public ledgers called blockchains, which are run by “miners” who use powerful computers to generate coins.

Despite some risky boom and bust cycles, Bitcoin has survived internal strife to generate approximately $45 billion in value. Launched in 2009, Bitcoin has also given rise to other cryptocurrencies like Ethereum, Ripple and Litecoin.

The Rise of Bitcoin

In June of this year, Bitcoin was up 135% per year to date and 400% over the past 12 months alone. Most astoundingly, if an investor had purchased $100 in Bitcoin seven years ago, it would be worth $75 million today.

With a limited supply of only 16.3 million Bitcoins and only 1,800 new coins minted daily, Bitcoin values are rising rapidly. The currency has also skyrocketed in the wake of growing geopolitical uncertainty — giving many investors the incentive to diversify their portfolios by trading and investing in this new digital currency.

Though Bitcoin is flourishing among the tech savvy, many investors and Bitcoin enthusiasts hope the currency will one day be included in bonds, stocks and other forms of financial trading.

Given the rising stature and value of cryptocurrencies, many financial experts were confident that the U.S. Securities and Exchange Commission (SEC) would rule in favor of creating a Bitcoin ETF, driving the currency’s values to new heights.

Though the market has since rebounded and cryptocurrencies went on to experience new highs, another ETF proposal by SolidX Management was also denied, and a third proposal by Grayscale Bitcoin Investment Trust is being reviewed, with a decision due in September.

Prompted by factions who disagreed with an upgrade designed to solve Bitcoin’s scalability problem, the improvements were intended to increase network capacity and make transactions more efficient. However, not all investors are supportive of the new technology, and some Bitcoin exchanges refused to trade Bitcoin cash due to security concerns.

Though Bitcoin holders received both versions of the currency after the split, the new currency was worth only a fraction of the original currency. Between June and July, the market cap for digital currencies had fallen from $115 billion to $61 billion, likely the result of Bitcoin’s uncertain future and a market overcorrection caused by months of surging prices and speculation.

Operating more like a peer-to-peer digital payment network than a traditional, bank-backed currency, cryptocurrencies are decentralized, anonymous and free from regulations. With no government agency lending them credibility, cryptocurrency values are determined entirely by market demand.

Impossible to counterfeit due to their complex coding systems, cryptocurrency transactions cannot be faked or reversed. Adding to these benefits, cryptocurrency fees tend to be lower than those of traditional banks.

Nimble, democratic and open to everyone, cryptocurrencies are also better able to adapt to the emerging digital world — serving the two billion people worldwide who do not have access to the financial economy and serving as a “Kickstarter on steroids” for fledgling companies that need greater liquidity.

In light of cryptocurrency’s many benefits, in March of this year the value of Bitcoin reached $1,268 — surpassing the value of an ounce of gold for the first time.

Unfortunately for many Bitcoin enthusiasts, the things they love about cryptocurrency are also the things that make wider adoption a challenge.
Due to their anonymity, cryptocurrencies have found favor on the dark web —popular among criminal circuits for use in nefarious activities like drug deals and money laundering. Adding to these unsightly associations, the hackers who orchestrated the recent WannaCry cyber-attack demanded Bitcoin ransoms to unlock precious user data.

And while many may enjoy the low transaction fees and minimal regulations, Bitcoin and other currencies may have trouble gaining mass appeal due to their lack of government oversight. Without any kind of centralized control, cryptocurrencies are apt to split into an ever-growing number of currencies and exchanges. This lack of oversight also means that these currencies will remain risky bets, vulnerable to volatile boom and bust cycles that make them rife for speculation.

While cryptocurrencies are often used to engage in illegal activity, they are also the frequent subject of hackings. In July of this year, hackers targeted Bithumb, one of the five biggest Etherium and Bitcoin cryptocurrency exchanges. Infiltrating an employee computer, hackers stole the names, email addresses and mobile phone numbers of more than 31,800 customers.

Affecting 3% of the site’s customers, the hackers have been using this stolen information to drain Bithumb investors of tens of thousands of dollars. Similar attacks have targeted other exchange sites like Yapizon and Coinbase.

Ambitious hackers are also attacking early Bitcoin entrepreneurs, venture capitalists and executives who have millions invested in the technology. Despite storing his Bitcoins on an encrypted hard drive, one early investor’s two-factor authentication breached — robbing him of millions of Bitcoins and leaving him with nothing.

Given the minimal oversight and legal recourse, hackers are increasingly taking advantage of the fact that cryptocurrency transactions cannot be undone. Unlike credit cards or forms of insured money with government backing, transfers of cryptocurrency are irreversible, meaning Bitcoin stakeholders experience a higher level of threat that includes thefts, hacks, extortion and even ransom.

As a result, cryptocurrency identity theft filings have more than doubled in the past three years, accounting for 2,658 incidents in January 2016 — 6.3% of all reports filed that month.

What Does the Future Hold for Cryptocurrencies?

With a new cryptocurrency born nearly every day, it’s difficult to predict which ones will flourish in the coming years. And in light of a challenging security landscape and dramatic market fluctuations, cryptocurrencies are a risky investment for all involved.

Encrypted, anonymous and unregulated, cryptocurrencies remain both promising and fraught with danger. Are they a speculative bubble bound to burst, or do they represent the future of money? As with most emerging technology, perhaps only time will tell.