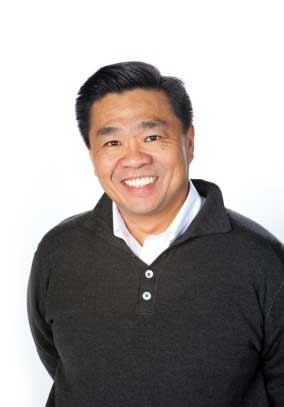 Well, it looks like another exciting year ahead for the payments industry with developments from Google with host-based card emulation (HCE) embedded into the latest Android release, a number of tokenization efforts announced in late 2013, the promise of omni-channel commerce beginning to show signs of real world adoption, and the regulatory environment heating up. But first, let’s start with a quick review of 2013 – what worked and what flopped.

2013 was a sort of ‘transition and consolidation year’ for the payments industry. The mPOS ‘revolution,’ fueled by the rush of VC investments from 2011 and early 2012, turned out to be more of a small series of ‘rebellions’ where a number of the upstarts either fizzled or were co-opted by much larger incumbent businesses, aka, were taken over by ‘the Man.’ For example, Clover came on the scene as the exciting new entrant redefining mCommerce and mPOS (actually mPOS was the 3rd ‘pivot’ for this 2 year old company) but then was promptly acquired by First Data. One of my favorite mPOS players, Leapset, with truly solid technology, an integrated business combining payments, POS and marketing services, was purchased by Sysco Foods – can’t get much more old school than that. And at the end of 2013, Bluefin also announced a stand-alone mPOS solution in addition to its integrated ISV and SaaS mobile solution aimed squarely at enterprise providers.

LevelUp, despite all its rhetoric about massively disrupting the POS and Payments space with their ‘zero interchange’ message funded by promotions and couponing dollars, spent much of 2013 trying to do deals with established merchant acquirers; they will probably just end up as a feature of Heartland or TSYS. Even Breadcrumb showed real promise as the better, faster, cheaper alternative in the high-end table service POS segment but quickly joined ranks with Groupon (not exactly the Establishment but definitely a much bigger player).

Of course you can’t talk about mPOS without looking at Square, and it turns out their big announcement in 2013 was a several hundred dollar piece of hardware, though much better looking than your run of the mill Radiant or Micros system…not sure there was anything particularly disruptive there. And even Square found out that if you want to be in the payments business, then you will have to answer to the real ‘Man,’ aka regulators.

American Express, after several years and hundreds of millions of dollars trying to recreate PayPal with their Serve product, finally ‘pivoted’ with a white-label version rebranded as Bluebird, partnering with retail giant Walmart. Bluebird has seen good early success but more importantly has given new energy to the pre-paid market. Using the Serve pre-paid infrastructure, Bluebird offers the tens of millions of under-banked Americans left behind by the retail banking industry a solid alternative banking product – better, cheaper, and just as secure and safe as any bank product with FDIC insurance. The rest of the pre-paid industry is moving in this direction, which will create new payments opportunities across different segments; and, more importantly, fills a retail banking void for millions of working class Americans.

PayPal went big in mobile and in-person payments in 2013. While still early days, their nascent efforts with PayPal Here, which started as a Square me-too, is starting to show promise as something more, with improved user experience and additional features. There have been multiple experiments trying to go ‘off line’ – from partnership with Discover, direct integrations into POS with large retailers like Home Depot (still a bit clunky and I’ve yet to successfully use PayPal at Home Depot), and early attempts at NFC alternatives using Bluetooth Low Energy (BLE). All of these efforts give legitimacy to the theory of ‘omni-channel’ commerce where old notions of card present versus card not present are beginning to fall away.

Of course, Google continues to be the innovation leader with the introduction of HCE. The idea of moving the ‘secured element’ into the cloud does a couple of important things: 1) it further advances the omni-channel drive by untethering consumer payment credentials from a specific device; 2) it’s actually good for banks and card networks since it potentially allows them the ability to connect with their consumers directly at the point of transaction; 3) most importantly, it breaks the strangle hold that telco’s have had over the mobile payments industry with their walled garden approaches such as the multi-million dollar failed experiment called ISIS.

1) Omni-channel will gain traction since it clearly is being embraced by consumers and merchants. Innovations in mobile everything (payments, advertising, contextual offers, etc.) will continue, but interestingly now that the groundwork has been established for startups/upstarts, the large incumbent players with capital and distribution will begin taking the lead. Expect to see moves by the card networks, big retailers, Amazon and eBay/PayPal. And, the question on everyone’s mind – what’s Apple going to do in payments? Note the exciting moves Nordstrom made in 2013 by rolling out mobile checkout in all of their stores. It’s going to be a great time for consumers and quite interesting for retailers.

2) Then there’s the S word – Security. Everyone in the payments world was grimly reminded in December that we have a ways to go in protecting our systems. Then in early January we hear there was a breach at another brand name retailer and the story continues to evolve. It’s never a happy holiday if a data breach is involved. We will see increased activity in various approaches to security and PCI compliance. Companies providing improved secured tokens and full point-to-point encryption (P2PE) will be making headlines. Device security will be key for retailers in the coming year, and despite the noise in the press, EMV would not have prevented the national retailer breach. EMV greatly reduces fraud for card present transactions, but unsecure payloads captured from EMV devices are every bit as dangerous as captured magnetic swipe data if the bad guy intends to use it for card not present fraud. Encryption at the point of capture (P2PE) would have prevented this breach, and the first to market in the US with a validated, hardware-based P2PE solution will be able to offer retailers a meaningful solution, such as Bluefin.

3) Closely related will be lots of noise, and some useful activity, about ‘tokenization.’ The networks have already signaled that they will work together to develop a standard; note that Discover was absent in the announcements but don’t count them out. Interestingly, even the banks have jumped on the bandwagon with their typical big bank multi-lateral consortium efforts being facilitated by The Clearinghouse.

4) Finally, we will be hearing much more from regulators in 2014. Privacy, data security, anti-money laundering, the Patriot Act, etc., are all facts of life if you want to be in the payments business. The days of FinTech innovators thinking they get a ‘pass’ because they are innocently pushing the user experience and innovation envelope may be a notion of the past. Any business, no matter how innovative and potentially benign (look at all the great things happening with all the crowdfunding companies that have popped up in the last 2 years), that seeks to participate in and connect to the financial system should reasonably expect to make a significant investment in, and be subject to, regulation and licensing. Square learned the hard way and there are many others to follow.

Dickson is an accomplished General Manager and innovative product builder with over 25 years of experience working at the intersection of Financial Services, customer insights, and the strategic use of technology. He is currently an investor and active advisor to a number of emerging companies that are working to define the next generation of digital commerce and advertising, such as Anywhere Commerce (mobile payments solution provider), Leapset (next generation integrated POS solution provider), Sequent Software (Trusted Service Manager for mobile devices), Shopilly (the ‘start page for shopping’), Cortex MCP (next generation digital wallet and tokenization alternative), Cube (omni-channel payments and commerce platform), and Bluefin (payment solution provider to ISV’s).