AES-256 In The Fight Against Quantum Threats 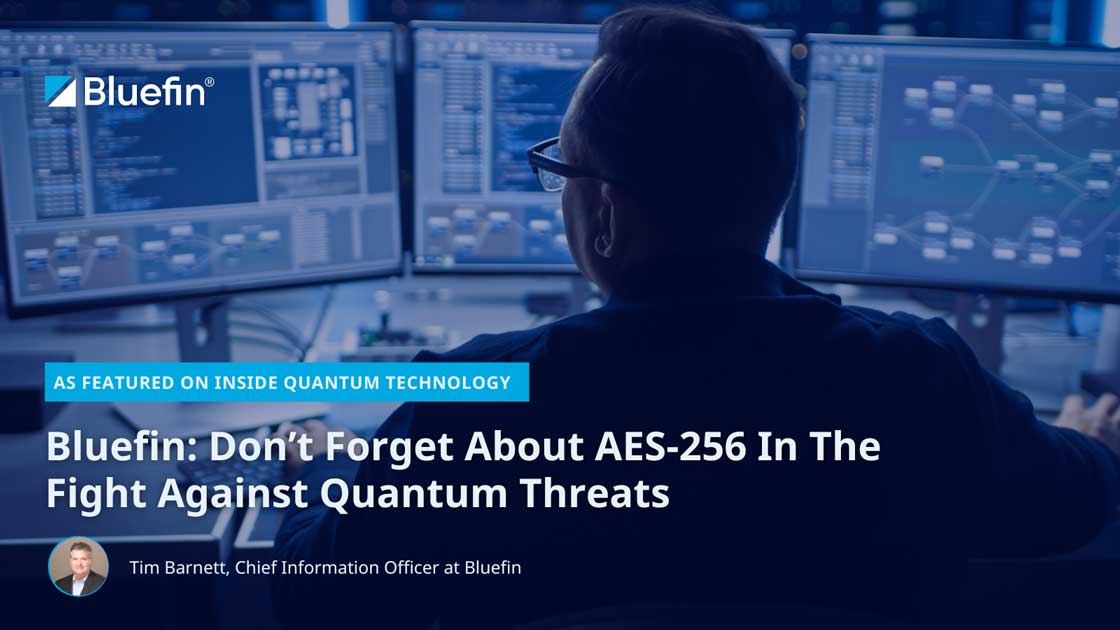 Starting this process in 2015, NIST has stated that the standards would be published by 2024. But in 2022, NIST will announce the algorithms that will be standardized, allowing companies to begin implementing Post Quantum Crypto (QPC) solutions based on standardized algorithms.

IQT News recently caught up with Tim Barnett, CIO at Bluefin, to discuss the quantum technology ecosystem as it waits for NIST to issue a list of post-quantum cryptography (PQC) algorithm standards.

Offering a reminder that the existing Advanced Encryption Standard-256 (AES-256) is still considered to be “quantum-resistant”, Barnett also acknowledges that the arrival of NIST PQC algorithms could add complexity to the marketplace as companies try to figure out how to move on from older encryption algorithms. He stresses that an important piece is coming up with PQC solutions that can be standardized and applied commercially.

“There will likely be numerous methods adopted as part of NIST-approved standards. Some methods will be adopted industry-wide as commercial standards. And these standards will materialize in web browsers, web servers, encryption appliances, and point-to-point encryption protocols. Companies should adopt these new standards, and their commercial availability as soon as possible. It is only a matter of time until quantum computing is here, and businesses and their infosec teams should plan accordingly.”