Gemalto and Ponemon Report on the State of Payment Data Security

Only 44% of the 3,773 IT and IT security practitioners surveyed say their company uses end-to-end encryption for payment data as it moves from the POS terminal and then transmitted to the financial institutions.

On January 26th, Gemalto released their Global Study on the State of Payment Data Security Study conducted by the Ponemon Insitute. The purpose of this research was to focus on the approach that organizations are taking to secure payment data.

“As the research reveals, IT professionals believe the risk to payment data is increasing because of new payment methods such as mobile payments, contactless payments and e-wallets.”

The majority of companies represented in this study (54% of respondents) have had a security or data breach involving payment data an average of four times in the past two years.

Key findings of the research include: 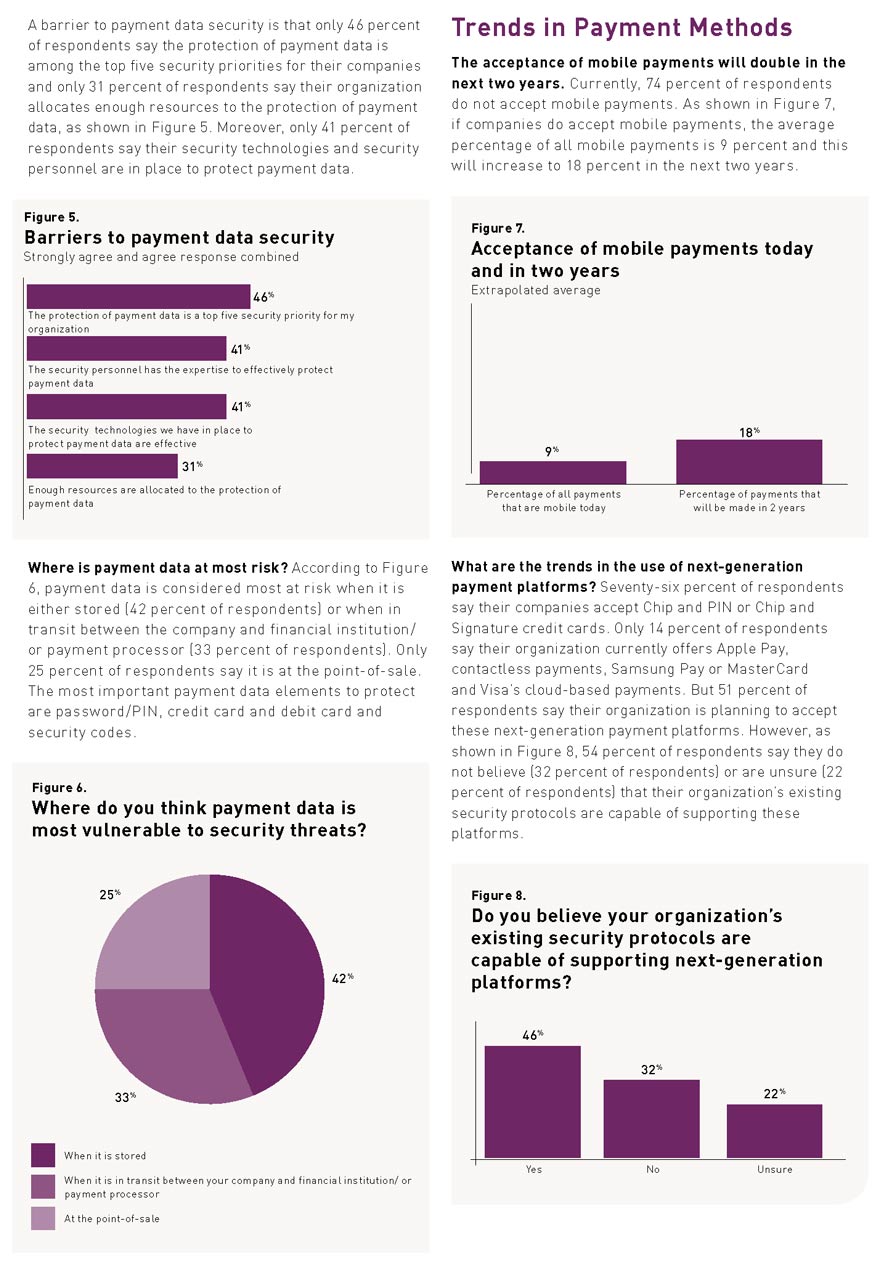