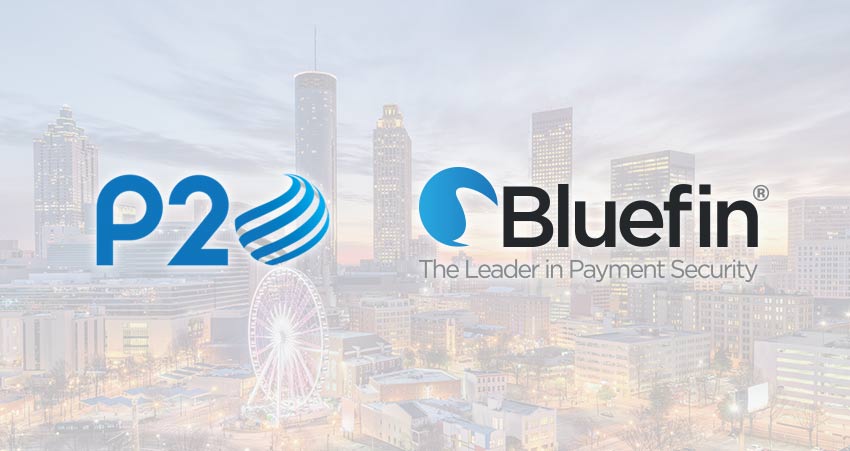 ATLANTA (October 8th, 2018) – Bluefin, the leader in payment security and a board member of P20, the transatlantic payments initiative, announced that it will be participating in the organization’s second annual conference, which kicks off on the 9th in Atlanta. This year’s conference will bring together the world’s most influential leaders in payments technology plus top U.S., U.K. and Canadian government officials and regulators to discuss the future of the global payments industry. Former British Prime Minister David Cameron will be the featured speaker.

“With key leaders from the payments industry plus government and regulatory officials meeting together in the same room, we have the ability to effect change in payments and cybersecurity, not only on a transatlantic scale, but globally,” said John M. Perry, CEO, Bluefin. “Bluefin is working with P20 to foster collaboration that offers best practices across four pillars – cybersecurity, regulation, innovation and financial inclusion.”

Inspired by the American Transaction Processors Coalition (ATPC), P20 connects Atlanta’s flourishing “Transaction Alley” of payment processors with the financial capital of the world, London, by rotating the annual conference between the two cities and creating an international platform that includes executives and officials from both countries.

The 2018 P20 Conference, taking place at the Atlanta History Center, will serve as a forum for leaders to discuss progress toward creating greater regulatory clarity, increasing industry and consumer security, fostering collaborative innovation and expanding financial inclusion in the payments industry. More than 150 senior leaders from across the globe, representing government agencies, industry advocacy groups, financial institutions, payments processors, Fintech companies and academic institutions will be in attendance.

Bluefin’s Strategic Advisor and former GM of the PCI SSC, Stephen Orfei, will present at P20 on the ATPC’s recent Cyber “War Games” held at the IBM X-Force Command Center in Boston. The Exercise was part of a P20 sub-group, working in collaboration with US and UK governments to establish a ‘NORAD’ for payments, helping harden and secure national infrastructure against external attack.

“As consumers and our global commerce infrastructure become more reliant on financial technology and payment systems, it’s essential for companies to come together and share best practices to move the world forward,” said H. West Richards, P20 president and founder, and executive director of American Transaction Processors Coalition. “Thanks to the support of Bluefin, P20 has become the conference where senior leaders and officials convene to discuss important issues in the international payments space.”

Dedicated to making payments accessible, affordable and secure for all, P20’s goals for the second year of the conference include:

The following local, regional, national and international government leaders and officials are expected to make remarks at the conference:

Additionally, the conference will include presentations and panel discussions from P20 board members and delegates about the organization’s four pillars and several pressing topics, including identity verification, cyber risks, General Data Protection Regulation (GDPR), regulatory technology/open banking and innovation sandboxes.

Following this year’s event in Atlanta, the P20 conference is scheduled to return to London in 2019.

P20 is an international payments initiative for thought leadership and action linking together Atlanta’s “Transaction Alley” and world financial capital London to make payments accessible, affordable and secure for all. Designed to be the “Davos of Payments,” P20 unites top global executives in payments technology, business, economic leaders and government regulators to advance the expansion of payments worldwide. For more information, visit www.payments20.com.