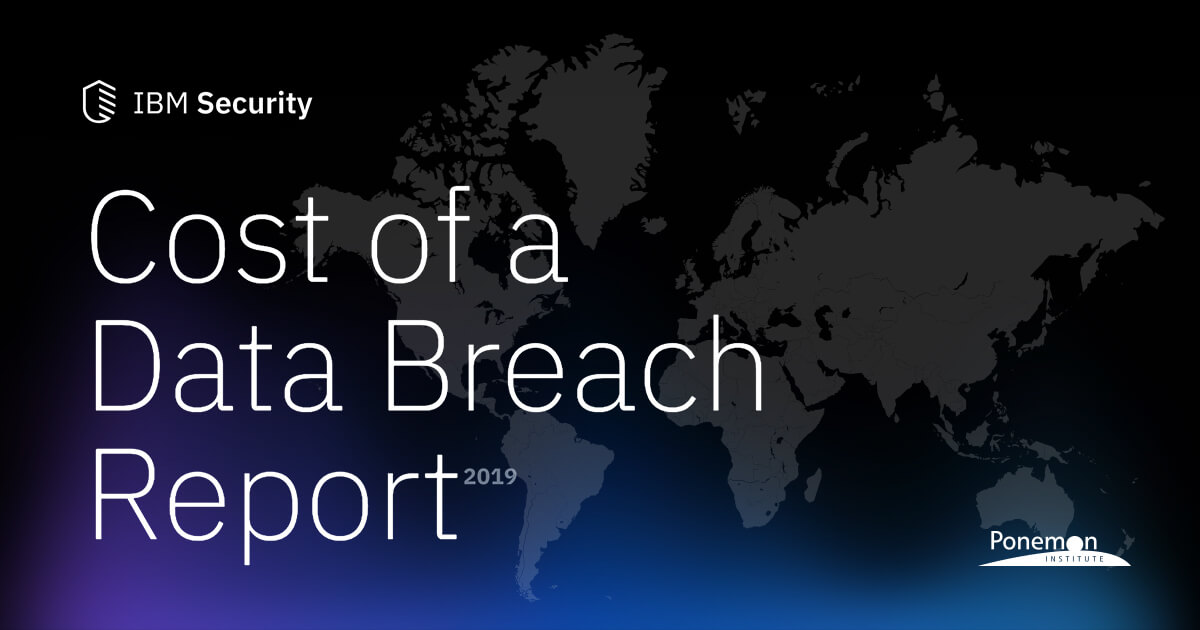 The 14th annual Cost of a Data Breach Reports, the industry’s gold-standard benchmark research on data breaches and cybersecurity, was released last month. Sponsored by IBM Security and independently conducted by the Ponemon Institute, the study explores the implications and effects of data breaches on today’s businesses both globally as well as within the U.S.

For the 2019 edition, Ponemon researchers interviewed over 3,000 people at 507 companies that had experienced a breach to gain insight on:

Researchers looked at several components to determine the effectiveness of an organization’s incident response (IR) and containment response. They also reviewed the total cost of the breach and the lifecycle, which is broken down into mean time to identify (MTTI) and mean time to contain (MTTC) metrics.

Researchers found that over time, the cost of a data breach has steadily increased.

Discoveries and Consequences for U.S. Organizations

Additional key findings from the 2019 Report include: 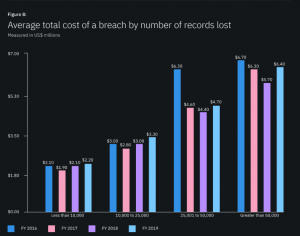 Malicious attacks are the costliest. Organizations that had a data breach due to malicious or criminal attacks had a per capita cost of $166, which is significantly above the mean. In contrast, system glitches or human error as the root cause had per capita costs below the mean ($132 and $133 per capita, respectively).

Best Practices to Reduce the Impact of Data Breaches

Bluefin shares Ponemon’s belief that it is crucial to develop a security plan that includes technologies that will protect organizations from data breaches. Bluefin’s data security solutions, including PCI-validated Point-to-Point Encryption (P2PE) and ShieldConex tokenization, protect payment and PII data from compromise. Learn more about our products or contact us.

In becoming a Preferred Partner, Bluefin joins a select group of innovators that Nacha recognizes for offering products and services that align with Nacha’s core strategies to advance the ACH Network.

We use cookies on our website to give you the most relevant experience by remembering your preferences and repeat visits. By clicking “Accept”, you consent to the use of ALL the cookies.
In case of sale of your personal information, you may opt out by using the link Do not sell my personal information.
Cookie settingsACCEPT
Privacy & Cookies Policy